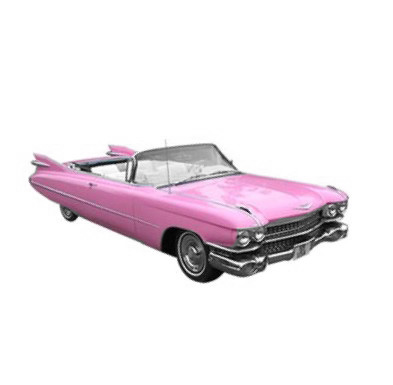 Contributed by Deeper Funner’s Superhero Jessica Wallenfels – who knows a thing or two about leaping tall buildings because she wants to.

That pink Cadillac Mary Kay salespeople were once set up to vie for? It might be a smooth ride, but compensation is actually not the number one employee motivator.

A 1968 article in the Harvard Business Review first said it, summarizing Frederick Herzberg’s seminal work: the number one way to motivate employees is the evidence of progress.

Vietnam was raging, civil rights were inching forward, the gold standard was repealed, Planet of the Apes was released… a lot happened in 1968, so maybe the details got foggy. But over 40 years later, when authors Teresa M. Amabile and Steven J. Kramer administered a survey to 669 managers from companies around the world, they asked multi-level managers what tools affect employees’ motivation and emotions. And only 35 managers ranked progress as the number one motivator —just 5% of those surveyed.

Survey says: wrong! Amabile and Kramer painstakingly picked through the diary-captured details of thousands of employee workdays, event by event. And what did they find most fuels motivation? “Making consistent, meaningful progress.” Their book, The Progress Principle, documents this research.

In the video above Amabile, who is also a Professor of Business Administration at the Harvard Business School, points out how managerial actions like removing obstacles, providing employees supportive (or needed) resources and providing “nourishers” – experiences of the emotions that result from encouragement, recognition, and respect – are powerfully effective tools for increasing motivation.

Hi there. What’d you get done today? – idonethis.com

idonethis is a project management tool that builds on this idea with daily “pull” email checkins and a place to enter your “dones” on the web. Using a “dead simple” interface (akin to the email user groups of yore), idonethis will email a daily digest of cumulative accomplishments to a team. The idea is, listing all of your achievements at the end of the day not only makes you feel good, it gives your team leader the pulse check he or she needs to evaluate the project’s standing. Put it all together, add the capacity to “like” other teammates’ accomplishments, and you’ve got a great big good feeling.

It is difficult to overstate the extent to which most managers and the people who advise them believe in the redemptive power of rewards…(when) a growing collection of evidence supports an opposing view. – Alfie Kohn, 1993

Taking it all one step farther is Canadian e-commerce software company Shopify. Combining the old, pervasive, idea of compensation incentives with the heart fluttering zing of a co-worker’s accolade is what Shopify’s CEO Tobi Lutke did with UNICORN. And it is a magical creature of sorts – a Twitter-like interface custom built for internal employee use. (Plus, managers are called wizards, direct reports are apprentices, and projects are quests. Who wouldn’t want to play?) This snowballing spin on an old-fashioned company intranet was featured by Fast Company in 2011.

UNICORN is powered by allocating equal portions of company profits to each employee to use on a monthly basis to recognize each another. Employees log onto UNICORN and award one, two, or three unicorns to a co-worker for a job well done. In this way, compensation bonuses are determined by fellow co-workers, not management – effectively crowdsourcing employee incentives.

The mechanism scales big and small. Shopify’s performance reviews are now informed by UNICORN – meaning, wizards track apprentices’ quests online to feed into the more formal review process. And on a daily level, as employees finish tasks they get experience points, which they save up to buy stuff for their – ready for this? – avatars. Earning points to buy your online representative an accessory, like a mustache, is “stealing a page from game theory to appeal to employees’ competitive zeal,” wrote Fast Company.

Moreover, the platform has had a revolutionary effect on management’s view of its workforce. “UNICORN discovered top performers among employees who might otherwise have been overshadowed by more charismatic colleagues,” Lutke is quoted as saying on the idonethis blog.

And guess what? Shopify has almost no turnover, according to the Fast Company article.

Who are your everyday Superheroes?

We do our own low-tech version of this with an Everyday Superhero Award exercise, inspired by Andrea Robb at LucasFilm. It’s a powerful practice in a group, especially one that is high on critical dialogue or has been in conflict over a core issue.

Try this: pass out a cute, certificate-like piece of paper with a mocked up seal and signature line. The paper asks you to recognize someone with the Everyday Superhero Award, saying “Your superpowers helped me do better work!” As awarder, you have to articulate what the recipient did and how it helped you. Sign and date it, like an official document.

Give it away and watch the power of appreciation flow. As the everyday Superhero around these parts, I can get with that.

8 thoughts on “How unicorns motivate employees”